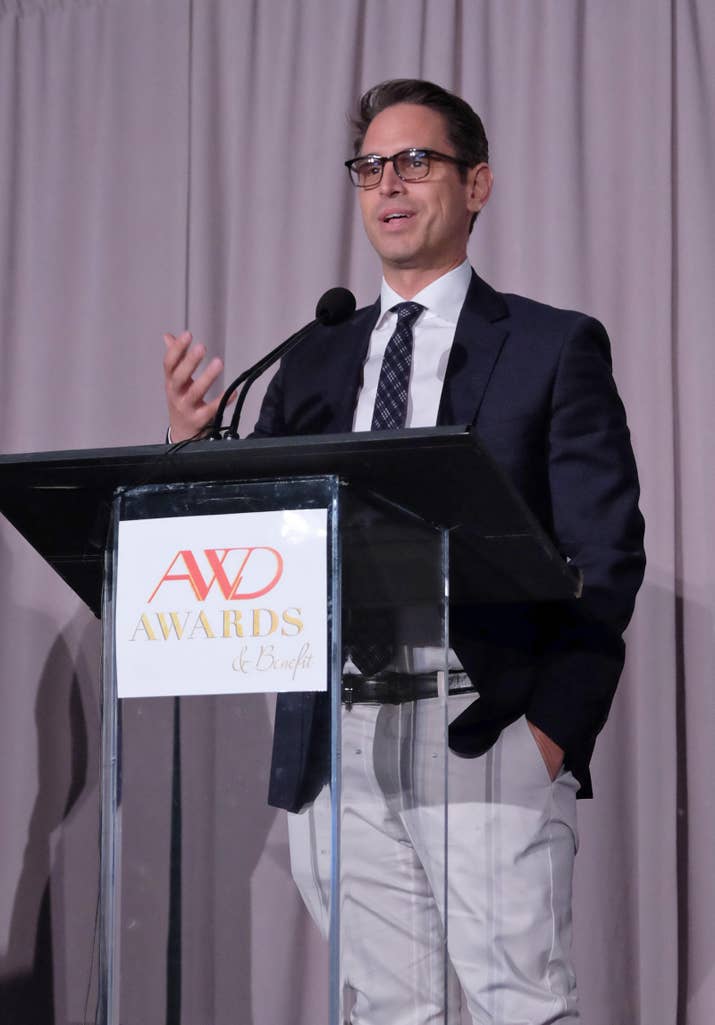 Greg Berlanti at the AWD Awards at The Paley Center for Media.

Arrow co-creator Greg Berlanti was honored at the Alliance of Women Directors Awards and Benefit on Friday in Beverly Hills, and he implicitly called on men to do more to increase the number of female directors working in television.

Berlanti was honored for his track record of hiring women to direct his shows; he currently has six on the air — Arrow, The Flash, The Mysteries of Laura, Blindspot, Supergirl, and D.C.’s Legends of Tomorrow. The other AWD honorees — Empire showrunner Ilene Chaiken, film director Jen McGowan, and Chiara Tilesi and Albert Berger of the film production company We Do It Together — were mostly women, but the clear message of the evening was that women need more men to step up.

Berlanti said that after three years of conscious improvement, half of the upcoming season of Arrow will be directed by women and people of color, and he noted that his other shows are “not very far behind.” He said the reason it took several years to improve directing gender and race parity on Arrow is that networks and studios usually have “a catch-22”: Directors must have worked on similar shows to get approved. In his speech, he asked, “If women were getting less opportunities, how were they ever supposed to get the opportunities that would get them approved?”

Berlanti, who was a writer and executive producer on the ABC drama Brothers & Sisters, took it upon himself to create those opportunities. “With Brothers & Sisters, the show was successful enough, and the main leads were mostly women, so myself and the other producers were able to begin to make the case to hire more and more female directors,” he said. Berlanti was inspired by all the women who had helped him in his career, including “many, many, many female television executives at Warner Brothers, all of whom were hired by Peter Roth, … who helped me craft these shows through the years.”

Berlanti said that directors lists seem as if they’re “from a different era” because they’re “all white dudes.” “I’m a white dude — it’s not like I have a big problem with white dudes, but it just seemed really odd to me,” he noted. Earlier in the evening, he told BuzzFeed News that other male producers “probably think, Is this my burden? Should I worry about this? And it kind of is. It is your burden. You’ll learn that it actually ends up making the show better, and it’s really smart business.”

And, as McGowan had said earlier while accepting her AWD Breakout Award, “If you are not personally contributing to the solution, you are part of the problem.”